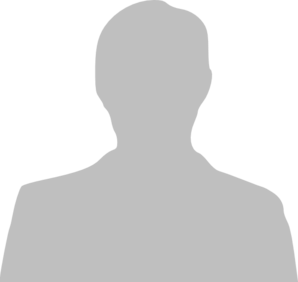 Up to 25x FASTER than checking ads manually

Go ahead, try
it yourself !

Run your creatives through the APIs and scan them automatically. Imagine the time you would save on a yearly basis.

Requiring SSL on all assets? Not requiring a border around the creative? Customize when a test should pass or fail.

Make sure the creative is mobile responsive before going live. This test will mimic a mobile device with the user-agent and screen size of a mobile phone.

Forget the endless back-and-forth by email. Share the QA report URL with your advertisers and indicate why their ads failed your tests.

Once approved, you don't want ads to change behavior. Set up daily automatic re-scans and be alerted when something changes.

Seamless integration with any platform

Use the JSON API to automatically scan creatives via your own back-end.

menu_bookresponse.meta_ad_size
Checks if the index.html file contains a meta 'ad.size' tag with the dimensions, as per IAB standards.

menu_bookresponse.click_tag_found
Checks if the clickTag for click tracking is present in the main HTML document.

menu_bookresponse.has_external_assets
Checks if the creative loads external assets (images, libraries) from outside the Zip file.

menu_bookresponse.html5_library
Detects which library has been used to build the HTML5 creative (CreateJS, GreenSock, etc).

menu_bookresponse.load_size.total
Measures the total load size of all requests needed to load the creative. Includes pixels and 4th party data.

menu_bookresponse.load_size.initial_load
The initial load is defined by the IAB as the total file size of all ad assets delivered for initial ad display.

menu_bookresponse.load_size.host_initiated_subload
The total file size of all creative assets that are loaded 1 second after the domContentLoaded event is fired.

menu_bookresponse.network
The number of HTTP requests made, including any pixels. The IAB suggests no more than 15 requests during initial load.

menu_bookresponse.metrics.cpu
Measures the time the CPU was busy loading the ad. Especially on mobile devices, CPU cycles should be kept at a minimum.

menu_bookresponse.dom_content_loaded
Measures the time it takes for the DOMContentLoaded event to fire. Altough sub-load data may still be loaded after, it's a useful point of reference.

menu_bookresponse.dimensions
Determines the exact dimensions of the ad. Uncommon sizes may have to be investigated further.

menu_bookresponse.has_animation
Detects if the ad contains moving elements. It detects not only animated GIFs, but also animation initiated by CSS, JavaScript or video.

menu_bookresponse.metrics.memory
The amount of RAM the creative claimed when fully loaded. This includes memory used by any iframes.

menu_bookresponse.ssl_compliant
Checks if the ad loads all requests via https. Since SSL became a common standard, it's important to make sure the tag is SSL-compliant.

menu_bookresponse.iframes
The number of iframes the creative adds to the page. Keep it low, since iframes require quite some memory.

menu_bookresponse.cookies
Logs all cookies dropped via HTTP responses and set via JavaScript. Make sure you have user-consent if the GDPR/CCPA applies.

menu_bookresponse.blocked_by_heavy_ad_intervention
Chrome automatically removes ads if they use the main thread for > 15 seconds or load more than 4MB of data. Test if this is the case.

menu_bookresponse.console.errors
All errors while rendering the ad tag are captured and listed. JavaScript errors should be investigated and solved, as they may prevent the ad from loading.

menu_bookresponse.console.warnings
Usually deprecation-warnings by Chrome. These warnings may need attention, as any time in the future the ad may stop working properly.

menu_bookresponse.visual_artifacts
Detects if for example a 300 x 250 ad is actualy 301 x 251 in size. This happens often when measurement pixels are not hidden, leading to visual artifacts on the publisher's page.

menu_bookresponse.creative_visible
Detects if the creative actually paints something on the screen. If an ad returns blank, this can be due to targeting, JS errors or SSL issues.

menu_bookresponse.blocked_by_adblock
Detects if the ad will be blocked by common ad blockers. Ask your advertiser to provide adblock-free tags, as otherwise discrepancies between systems may be considerable.

menu_bookresponse.document_write
It's been a while since document.write() has been banned in the ad industry. Some notorious ad server vendors are still loading scripts synchronously, delaying page render and slowing down the page.

menu_bookresponse.has_border
If you require the creative to have a high-contrast border, this test will alert you if no border is detected.

menu_bookresponse.missing_assets
Detects if the ad loads requests that return a 404 HTTP status code. Missing items and broken links are never a good sign and may have to be investigated further.

menu_bookresponse.dialogs
This test checks if an ad shows a dialog. Users have to click 'OK' in order to continue using the page, which has a negative impact on user-experience.

menu_bookresponse.network.pixels
Detects how many analytical pixels are fired. This includes pixels for impressions logging, viewability and tracking.

menu_bookresponse.local_storage
Some vendors use the HTML5 localStorage object to store unique identifiers in the user's browser. In the light of privacy laws, you may want to investigate if Personally Identifiable Information (PII) is involved.

Made with favorite by Ad Ops.

Image compression and JS/CSS minification to speed up ad loading. Download your ZIP with all assets optimized and the file structure maintained.

Still taking screenshots manually? Simply upload your HTML5 Zip and choose the best image from 6 different shots. How cool is that! 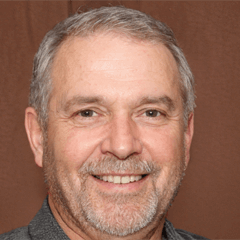